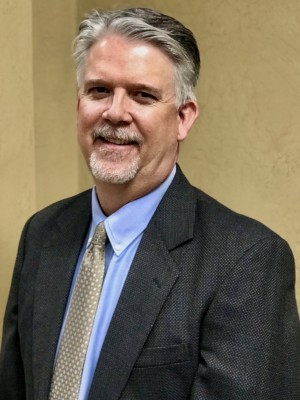 Chris Johnson is an Executive Vice President of First National Bank (FNB). Chris came to FNB in 2008 with seven years banking experience. He served as Senior Vice President and Branch Manager of our Dumas office from February of 2008 until July of 2017. He has served on several community boards and held officer position that include Moore County United Way, Dumas Chamber of Commerce, Moore County Hospital foundation, Moore County Appraisal District, Dumas Economic Corporation and he is currently serving on the Dumas Independent School District board.  Chris holds a B.S. in Agricultural Economics from Texas Tech University and is also a graduate of Southwestern Graduate School of Banking at SMU and Texas Tech Banking School.

NOTICE: First National Bank's website contains links to third party websites. While it is our sole intent to provide only good and useful information to our customers, we are not responsible, have no control over and do not endorse or guarantee any of the information or products of these links. Third party websites are subject to the publishing entities privacy and security policies and are in no way represented by FNB's policies. Email links provided are for general use and are not a secure means of communication. Copyright 2023 by First National Bank.